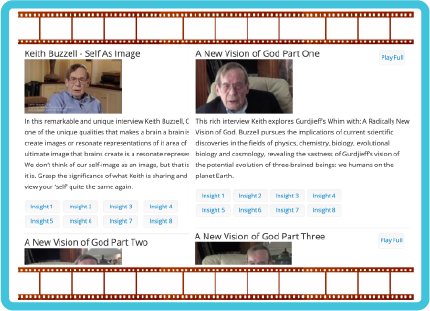 Keith Buzzell, OD, studied music at Bowdoin College and Boston University and received his medical doctorate in 1960 at the Philadelphia College of Osteopathic Medicine. For the past 40 years Keith has been a rural family physician in Fryeburg, Maine, was a staff member of Bridgton Hospital where he held the position of medical director at the Fryeburg Health Center. Dr. Buzzell has served as a professor of osteopathic medicine, a hospital medical director and founder of a local hospice program. He has written and lectured widely on the neurophysiologic influences of television in the developing brain and on the evolution of the triune brain of human beings. In the 1950s, he found the works of Gurdjieff, who had introduced the concept that human beings have not one but three brains. This was 50-60 years before Paul MacLean’s began his work on the “Triune Brain.” Gurdjieff developed a sophisticated view of three-brained beings and talked about many of the issues to which Paul has given a neuro-anatomical foundation. As a physician, when he came across MacLean’s work, it created an explosion of connectedness between Gurdjieff”s views and modern neuro-physiology.

We would like to see an index of this content here, so as we watch, please feel free to add comments.

What do you mean by an index of the content?