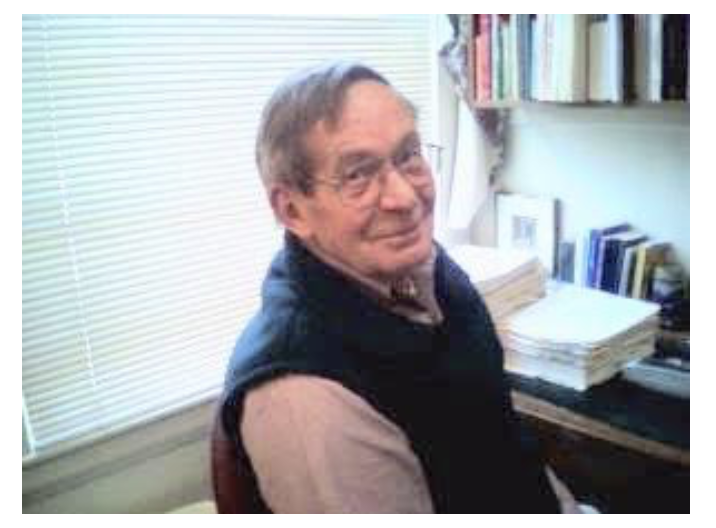 “Try to put yourself in the

position of others – they have the

same significance as you; they suffer

Lately – while navigating the realm of nearby and readily available possibilities during the covid shutdown and pondering deeply upon the nature of ethical behaviors – I was revisiting some of the classic conversations between Bill Moyers and Joseph Campbell during the 1980s. Conversations that the world would eventually come to know as The Power of Myth TV series. At one point in their recorded conversation, I was particularly struck by a reference made regarding Campbell’s “key” to understanding the principal theme of classical mythology – the key he called ‘suffering’.

“The secret cause of all suffering is mortality itself, which is the prime condition of life. It cannot be denied if life is to be affirmed.”

Pondering further what lock this ‘key” called suffering, could open, and affirm, Campbell later draws Moyer’s attention to a quote by a shaman of the Caribou Eskimo tribe called Igjugarjuk, who once, while speaking along similar lines, said:

“True wisdom lives far from mankind, out in the great loneliness, and can be reached only through suffering. Privation and suffering alone open the mind to all that is hidden to others.”

Words that elicited a deep inner recognition that I too, like most of the current world during this long isolating pandemic, find myself within this “great loneliness” of our collective present moment. Brought about in part by our questionable housecleaning of belief, where the earth has been stripped of not only its physical gifts and treasures but its inherent mysteries as well, these mystery stories (aka Myth) have long nourished our imaginations and stand in stark contrast to the rather lamentable malnourishment of mind we find ourselves in today. A mind that now confronts a desacralized world of our own making, where the primacy of self stands alone; unaided, unabetted, and devoid of meaning and purpose.

Hearing within these words’ resonant calls of a mythic nature, the hunt was now on for such wisdom, filling many pleasurable moments over months of self-imposed isolation, where rereading and new explorations brought up unanticipated perspectives of reconnection and reconciliation. Campbell, within this classic production between him and Moyers, most brilliantly and succinctly painted a picture of mythology as an interior road map of life experience. A map depicting and representing stories and experiences that help to put the mind in touch with what he calls “the experience of being alive.” Alongside his categorization of myth serving four basic functions (the mystical, cosmological, sociological, and pedagogical functions), there were a few other waypoints that stood out prominently for me during this search. First and foremost was Campbell’s assertion that the only mythology that is valid today is the mythology of the planet. In the current absence of the sacred today, he emphasizes the need to relearn a “getting back into accord with the wisdom of nature”, where we realize again our brotherhood with the animals and with the water and the sea. Given the clear imperiled state of the world, this required, for me, no further argument or clarification. If putting the mind in touch with meaning and purpose is the time-honored province of myth, while the mind itself encompasses the whole domain of meaning and value, this validation of a planetary myth and cosmology for our time is clear.

One other “remembrance” that stood out most prominently from Campbell’s lifelong search was his conviction that myth opens the world to the dimension of mystery, and to the realization of the mystery that underlies all forms. If mystery is manifest through all things, the universe becomes, as it were, a holy picture. In such times as these, where we have no guiding myth, he says the individual must find an aspect of myth that relates to his own life. This being coupled to an equivocal truth that all mythology, throughout time, are maps drawn by people who have traveled their topographical forms.

“The influence of a vital person vitalizes, there’s no doubt about it. The world without spirit is a wasteland. People have the notion of saving the world by shifting things around, changing the rules, and who’s on top, and so forth. No, no! Any world is a valid world if it’s alive. The thing to do is to bring life to it, and the only way to do that is to find in your own case where the life is and become alive yourself.”

These words brought me much closer to home, where my own shifting around typically anticipates discovery and wonder upon distant shores. Like Dorothy, who after a long tumultuous quest through Oz, discovers the true beauty of home, the ‘perceived’ problems of a pandemic moment shifted into a plethora of possibilities right on my doorstep. With the gift of time itself, I found myself pondering at much deeper levels the pearls of wisdom being mirrored everywhere about me in my real-time day-to-day life. One such “pearl” was discovered in the form of a seemingly simple country doctor named Keith Buzzell, who practiced his rounds of service throughout the forested outposts of Maine. Keith, the poet, had traveled this same path of mythic promise as well. Being “caught” by the ‘all and everything’ that myth offers, and because of his keen interest in myth he was also a wonderful storyteller, bringing much-needed awareness to life. This became illustrated in a most eloquent way by the poem entitled The Dimension of Awareness. Written sometime during February 1995, he captures an experience of that opening of “the mind to all that is hidden to others” and his personal accordance with the wisdom of nature.

During this pandemic time of “great loneliness, I have often been reminded – as when watching Nicolle Wallace’s MSNBC “Lives Well Lived” segment – of Joe Campbell’s most poignant comment regarding myth, that when a person becomes a model for other people’s lives, he has moved into the sphere of being mythologized. If it is an equivocal truth, that all mythology throughout time is drawn by people who have traveled it, then Keith Buzzell has been such an inspiration and model for me. The “gold” of mythic meaning, connection, and value beat deeply within my heart because of the life well lived by Keith Buzzell, who modeled life in constant remembrance of these goals. I have no doubt, and fervently wish, that everyone can find, and become aware of, such a companion close to their shores. The magic is there, in all ‘others’, living throughout all life. One must only learn to become aware of it in those moments when we experience the great loneliness of our innermost self.

The Dimension of Awareness

The light is inconstant, being scintillating interludes

scattered among the barely discernible clouds.

Each tiny, blinking patch appears, to an observer,

so evanescent and changeable as to be inconsequential –

And yet, being light, it draws the observer again and again

to its un-patterned ‘presence’, its unique and uncaused appearance

So faint and brief that nothing is illuminated by it,

yet so insistent in its sparkling that it invites notice.

How far has it travelled to reach the observer’s eye?

What event is its source? And what does it mean?

And where does it go once within the eye of the observer?

The scudding clouds escape to the East and in their wake

great myriads of stars track their departure and expand

to inhabit the night sky.

What appeared as tiny, iridescent formless patches reveals itself

in a splendorous panorama to be an unaccountable array of

twinkling points, hinting at vaporous forms, as the eye

follows a broad, median band stretching from horizon to horizon.

How and why so many?

Some seem so faint, so barely discernable

While others still ‘pointed’, shine with a trembling brilliance.

Captured by the newness of his discovery our observer only slowly

becomes aware that the etched outlines nearby, and even

the luminous surface of the distant lake, stand out in

At first, he reasons, “It is only time and adjustment”, and

returns to search for his skyward companion.

Finding it, and feeling once again that undefinable connectedness,

he muses, “Even the sky seems more luminous!”

This shared clarity, of trees and lakes, and the sky itself,

nudges a possibility into the periphery of his mind –

of other companions, of other constancies-of-light.

He begins his scan upward – to one side, circling down and turning.

A crescent moon has risen behind him,

barely a quarter of its roundness displayed in solid luminescence,

with the faintest of encircling lines completing the lunar orb.

Perceptibly quicker in its motion across the sky, our observer’s

bathing the proximate world and coaxing it to reveal its

So much to see!

Contours of rocks appearing, – sharp, ovoid, some with gently

reaching as far as the lakes’ edge.

Even the gentle motion of wavelets contouring the lakes’ surface.

Steeped in this shimmering, fluttering and statuesque ‘new’

by these wonderous sights,

Weeps – because he cannot possibly digest this joyful visual

“Not only am I not alone, but now, with light seeking out

and filling each crevice, each curved surface

My world is so populated with real companions

that every shred of loneliness, every tendril of meaninglessness

With inexplicable gratitude welling up within him

our observer begins to move, to explore his new-found world.

As he walks magical things appear, seeming to coalesce

spontaneously out of the darkness.

Shrubs, grass, and pebbles take on form and attribute,

Tiny rivulets of water wind their way before his wandering feet

Pine boughs caress his cheek, and here and there

little creatures – some in flight, some scrambling and

all newly seen companions that bring delight and awe

to an already overfull ‘Present.’

delighting in and seeing ever new forms and patterns –

An insistent musing, a nudging from perception, surfaces

as he peers through the heavily foliaged trees toward the water.

Why are they now so different?”

And it dawns – at first a mere impossibility,

Then, in crescendo of resonant recognitions –

Slowly, with a trembling, near ecstatic but hesitant expectancy,

our observer turns toward the impelling Source and,

as his gaze traverses the near – and the horizon,

a moving spectrum of color fills his expanding Present.

From the black-become-violaceous of the sky overhead, through

the deep, then lighter hues of blues and even more tentative,

near pastel greens and yellows,

his eyes come finally to the rich, full blending of orange red

bandings that fill the eastern sky.

kaleidoscope of color that this Source has imported to his

From deep earth-browns and brazen reds of wings to wavelets

of turquoise tipped with slate greenish-white curls and the

riot of yellow-orange tassels capping the nearby marsh grass,

the sumptuousness of this visible feast, and all it might

vacated by loneliness and welled into by gratitude.

Our observer now stands silent, present to the miraculous

and layered unfolding of this world, from the first

scintillating patches of starlight to the densely textured

With the initial burst of full radiance from the rising Sun

he experiences, for the first time, the real significance –

the gentle yet overwhelming power – of the full spectrum of Awareness.

Such a beautiful poem! It could almost be viewed as a “Centering Prayer” as it is so earth connecting.